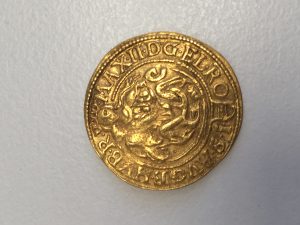 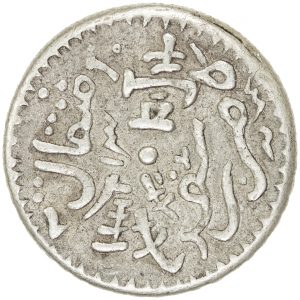 Chinese made Fake has been on market since around 2000. These are high quality casts but fool many dealers including many IAPN auction firms. Many have been graded by PCGS in their Secure Holders. They can be caught by the incorrect toothed borders and the spelling of the mint name كاشغر (Kashgar) in Uighur Turki script as the three dots above the letter ش are just a single mark instead of three distinct dots. The letters كا are also written incorrectly with the ‘k’ and ‘a’ of Kashgar separated and not connected as they should be. Date is completely blundered.