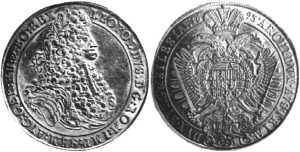 This piece appeared 1986 and was offered to the Dorotheum, Vienna.