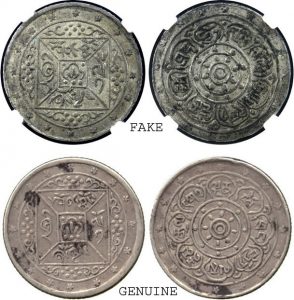 The fake has stars around obverse instead of rosettes. The Tibetan language is poorly written on the fakes. The fakes are believed to have been made in northern India in about 1970 according to Nicolas Rhodes.