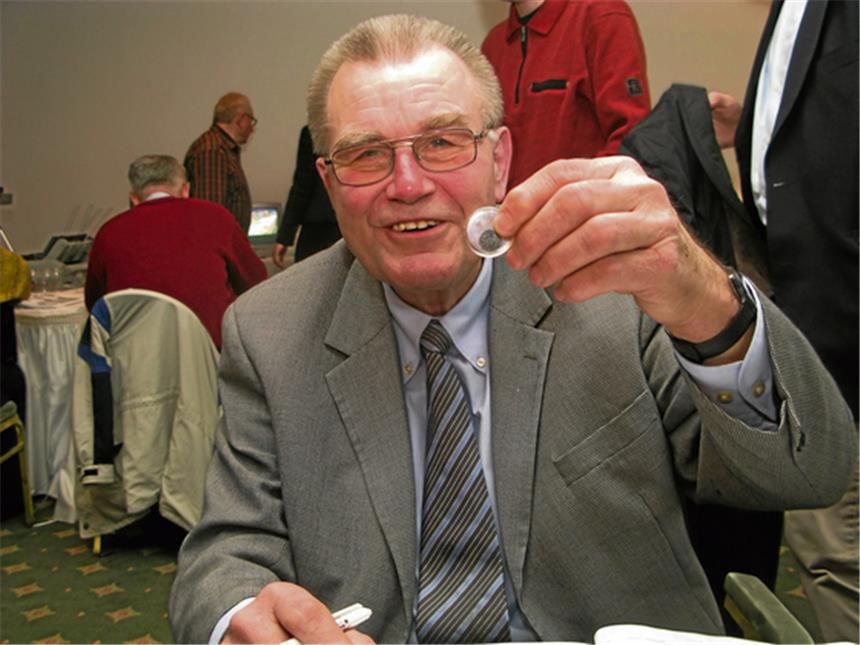 I have just been informed that our former member Rüdiger KAISER, from Frankfurt am Main, Germany, passed away on Saturday, December 8th, at his home. You will find attached the official announcement. Rüdiger had been a member of the IAPN since 1991, and had resigned in  for health reasons. While he was active, he had been a familiar figure at most German shows and of our congresses. He is survived by his wife Gudrun, his son and our colleague Andreas and his 3 grandchildren. We wish them all strength and courage in those unfortunate circumstances.

Rüdiger Kaiser was born on July 5, 1940 in Berlin as the oldest of five children. His father, Friedrich Kaiser (1907-1979) served as a Wehrmacht officer in the High Command of the Army. After the blitzkrieg against France in May and June of 1940 and the occupation of the Benelux countries and Norway, the German Reich was at the height of its military power in mid-1940. When young Rüdiger was born, nobody knew what catastrophe was about to befall millions of people in Europe. At the end of the war, Friedrich Kaiser was taken prisoner by the British and was ordered by the English military government to work in one of the bomb disposal squads. His daughter Ute, born in 1941, remembers how the family, who lived in the small village of Lopesettel, which has since been turned into the military training area Munster-Lager (Lüneburg Heath), did not only fear for her father on a daily basis, but also her brothers who went out and played with the dangerous war equipment. Perhaps that is the reason why Rüdiger Kaiser later decided to make use of his constitutional right to refuse to perform military service.

After their father had worked at the marine weather service in Hamburg in 1952 and 1953, he found a new job as a teacher in Babenhausen (Hesse) in 1954, where the family then moved.

Rüdiger Kaiser completed his Abitur in Groß-Umstadt and then went off to study classical philology in Frankfurt am Main with the goal of becoming a Greek and Latin teacher. It was first and foremost the professor of ancient history Konrad Kraft (1920-1970) who got the young student excited about ancient history.

It was a lucky coincidence that the numismatists Peter N. Schulten and Dieter Raab, who had taken over the renowned Frankfurt-based coin dealership Dr. Busso Peus in 1967, were looking for a new employee with expert knowledge of ancient history to help out with reorganizing their library. Rüdiger Kaiser worked in that position at Dr. Peus Nachfolger until 1972.

The idea of opening his own coin dealership in Frankfurt would not have been possible without the generous help of his loving aunt Tata. Dr. Hildegard Bernhardt from Berlin (1913-1985), a sister of Rüdiger Kaiser’s mother Lieselotte Kaiser who passed away at 53-years-old already (1912-1965), offered him a guarantee of more than 100,000 DM. Armed with crisp funds, the coin dealership Kaiser in Frankfurt could open its doors, first at Habsburger Allee, later at Wolfsgangstraße, and finally at Mittelweg, where Gudrun and Rüdiger Kaiser acquired a house which was both the residence and office of the family and their son Andreas.

Rüdiger Kaiser was a straightforward and thoroughly decent businessman, an honest partner with his customers’ interests in mind. This attitude, which embodied Prussian virtues in the best possible way, is what made him so successful so quickly. Many customers placed their trust in him, including the former East Prussian landowner Alexander Fürst zu Dohna-Schlobitten, who moved to Basel after the war to start a new dry cleaning business.

The Kaiser family suffered a few blows of fate. An outsider cannot imagine the severe personal ramifications of the two robberies that occurred in the late 1980s and in June of 1993. Rüdiger Kaiser was a born fighter, however, and continued to firmly hold his ground.

A well-trained German shepherd dog was added to the family as a security measure. The animal was a lifelong commitment and accompanied him wherever he went. The dog became a loyal companion and Rüdiger Kaiser wholeheartedly accepted the responsibility. Rüdiger Kaiser was sociable man; he enjoyed attending auctions and conferences, both of the Verband der Deutschen Münzenhändler as well as the IAPN (International Association of Professional Numismatists). There was just one condition: in order to not have to leave his dog alone, Rüdiger Kaiser only travelled to places that could be reached by car.

He managed his business for 45 years. It was not easy for him when he had to retire due to health issues.

Along with his own coin dealing business, Rüdiger Kaiser also did a lot of volunteer work he deserves acknowledgement and respect for. From 1977 on, he worked as the treasurer of the Verband der Deutschen Münzenhändler e.V. for many years, from 1984 until 1995, he was editor-in-chief of Geldgeschichtliche Nachrichten, and he was also a longstanding sworn expert for coins at the German Chamber of Industry and Commerce in Frankfurt.

The German numismatic community has lost one of its outstanding characters. Whatever Rüdiger Kaiser said carried weight; he was not one to indulge in small talk. His unobtrusive manner and his personal modesty characterized him as an old-school coin dealer. Reliable, honest, knowledgeable – and in no way narcissistic. That is how we will remember him.